The Making of an Ice Shanty, Step One: Inspiration

1.  A costly and foolish undertaking; unwise investment or expenditure.
2.  Architecture. a whimsical or extravagant structure built to serve as a conversation piece, lend interest to a view, commemorate a person or event, etc.: found especially in England in the 18th century.

Our recent installation at the Shelburne Museum could be described as either one of these two definitions.  However, for an architect, the notion of creating a folly represents so much more.

While a building must address the realities of safety, utility, and access, a folly has the luxury of avoiding these demands, and in their absence, celebrating the purity of delight, form and narrative.  Unrestrained by codes, budgets and bureaucracy, the folly is an architect’s sandbox, allowing free play and a chance to experiment.

The modern folly is typically relegated to the realm of backyard ornamentation but its origins can be traced back to the megaron temples of ancient Greece.  In its simplest form, a folly is a sculpture that at least implies the qualities of space (habitable or not) and use (practical or not). 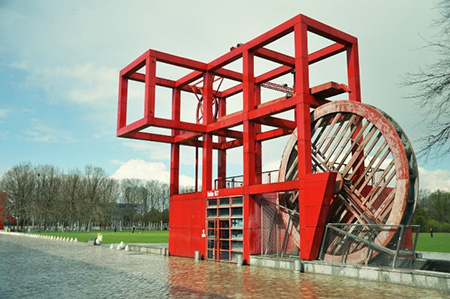 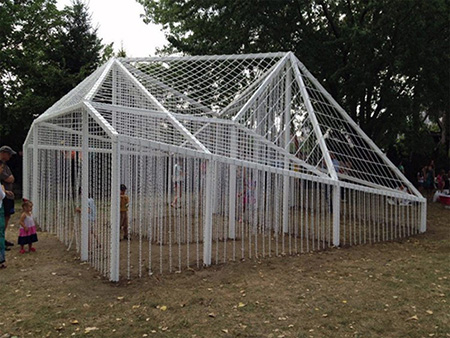 As architects, we are always seeking inspiration in our world.  For this, we look to nature, culture, science and history.  These clues help provide a framework of understanding for building users and for ourselves.

The ice shanty as a building typology stands out as an anomaly.  It is one part sculptural object in the landscape, and one part practical tool.  This seemed to us like an opportunity for whimsy and utility to cohabitate, appeasing the art critics and fishermen alike.

For the overall form of our ‘Ice Ark’, we took inspiration from the fractured and faceted faces of icebergs.  These pristine yet imperfect forms drift strangely across the landscape; at once stoic and dynamic, they seem so monumental yet we are all too aware of their fleetingness and fragility.  The form of an iceberg is elusive, ever-changing through space and time, all the while alluding to its mysterious mass hidden below the surface. 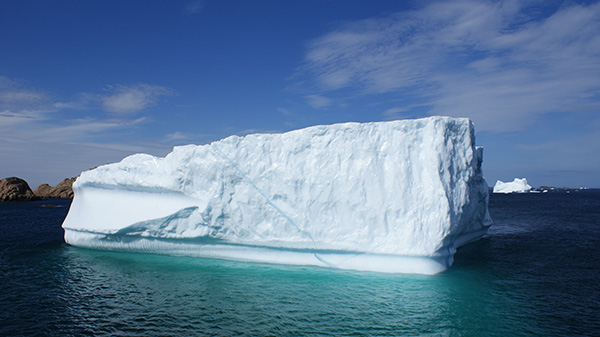 We then looked to the dwellings of nomadic, hunter/gatherer cultures in northern climates as inspiration for how our shanty would be assembled and perform.  Teepees, Wigwams, Yurts, Dogsleds, and Conestoga wagons: these all held lessons for us.  In many of these examples, we found similar concepts that were consistent in these dwellings.  We found a tension or duality between skin and structure, as well as a temporary, transient nature of form and fastening. 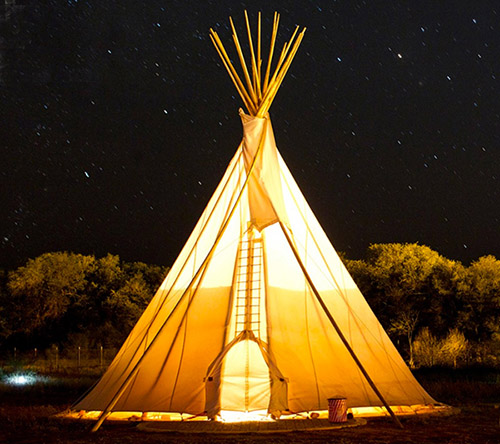 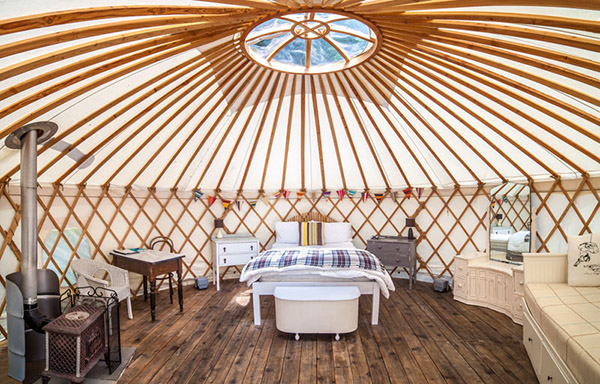 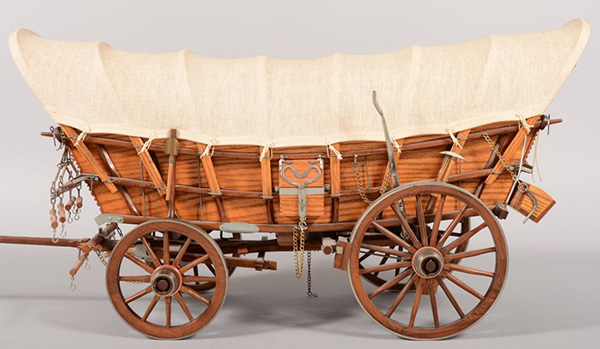 This is the first of a multi-part series on ‘The Ice Shanty Project’, a recent exhibit at the Shelburne Museum where five firms were invited to design and build a unique interpretation of the prototypical ice fishing shanty.  Our entry, and those of the four other firms, will be on display on the museum grounds until April 11, so head over there soon to experience these follies in person.