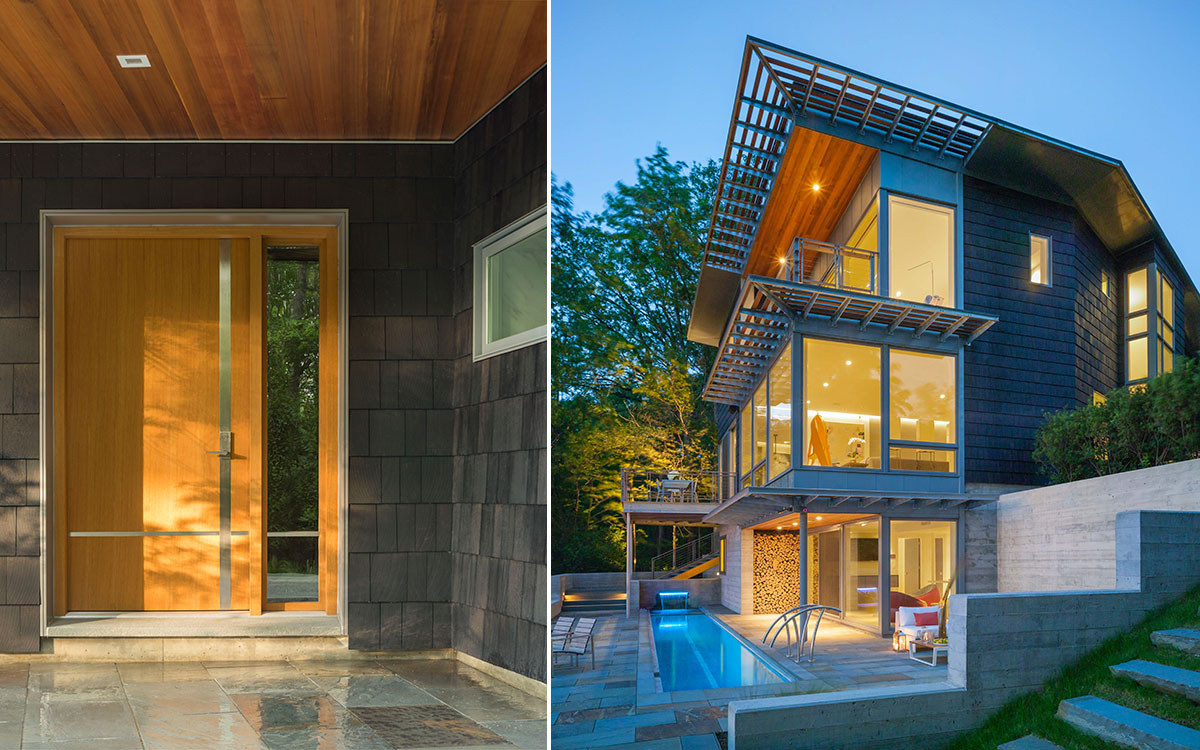 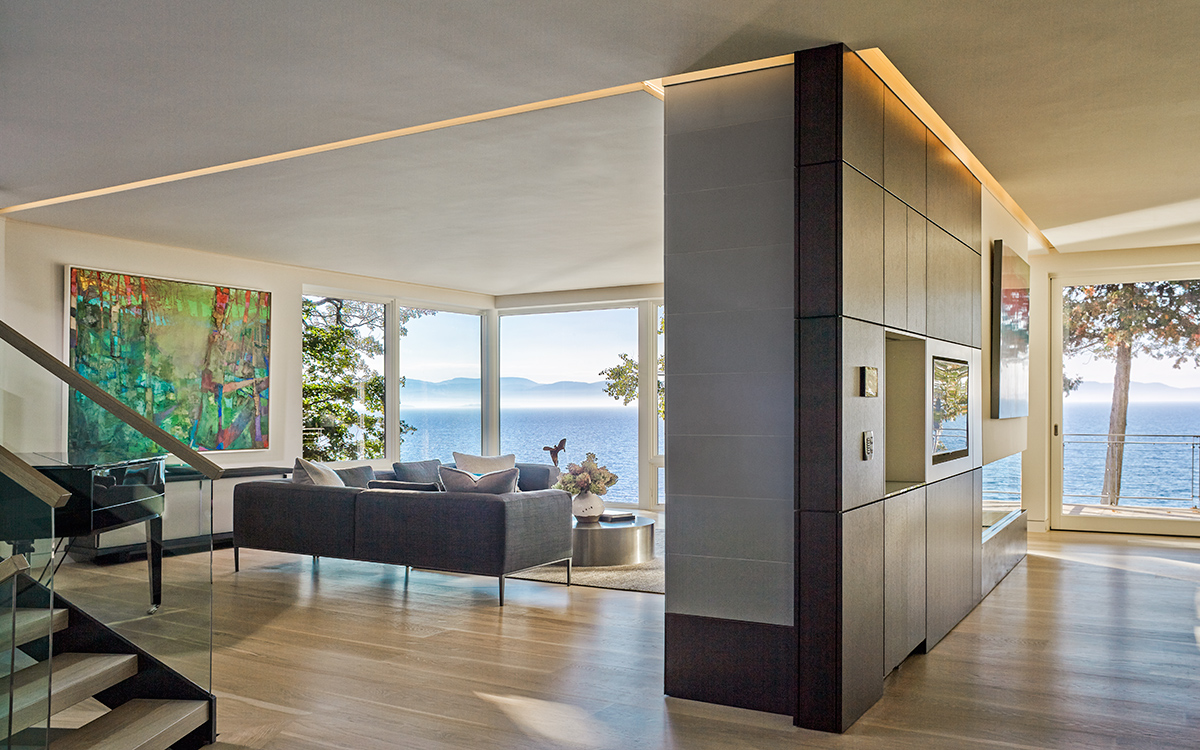 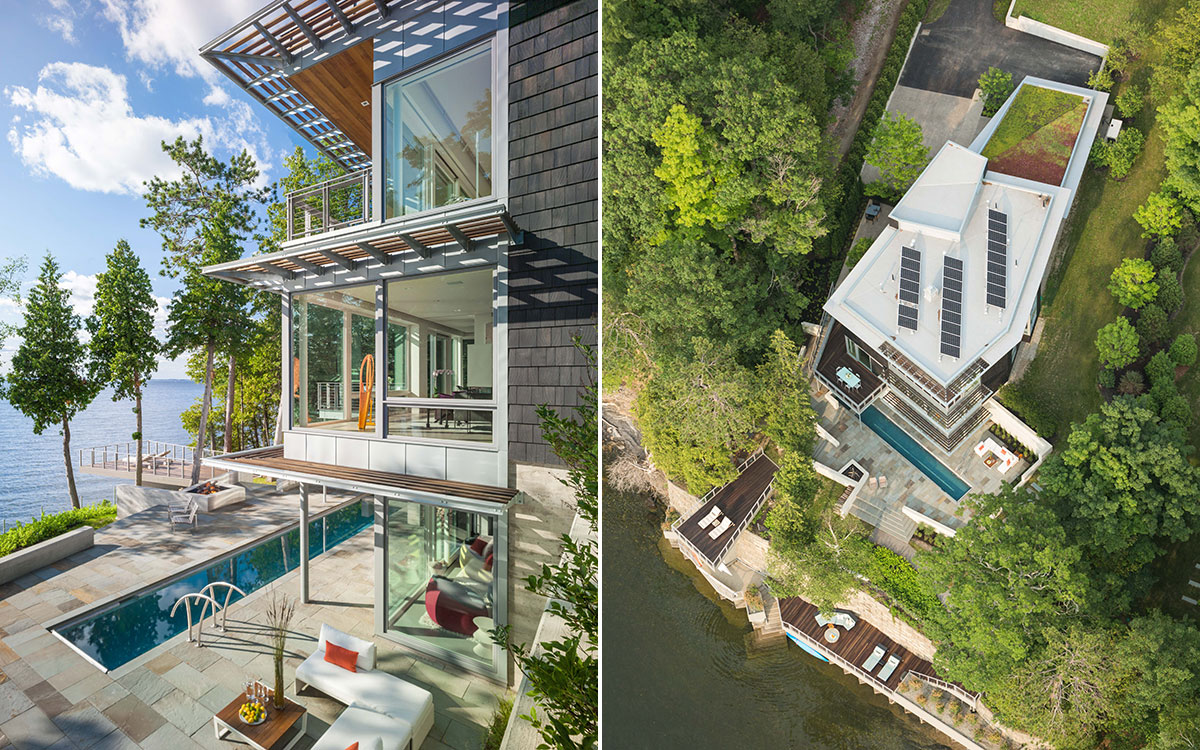 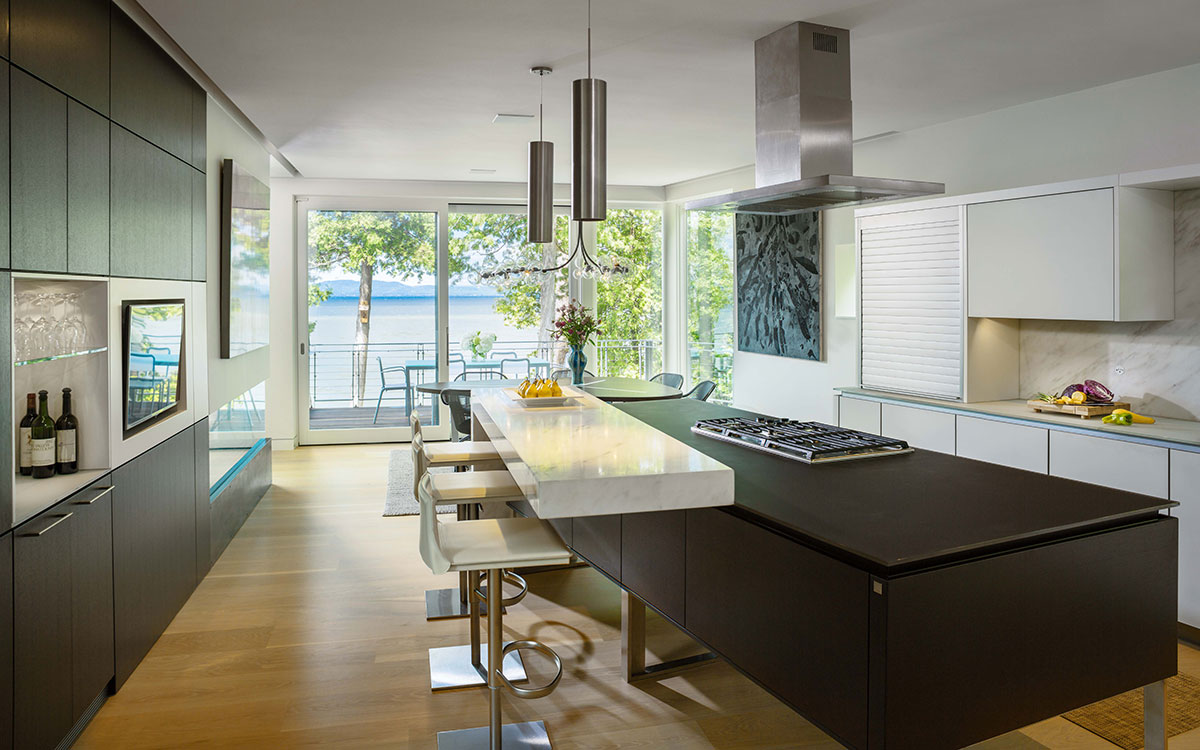 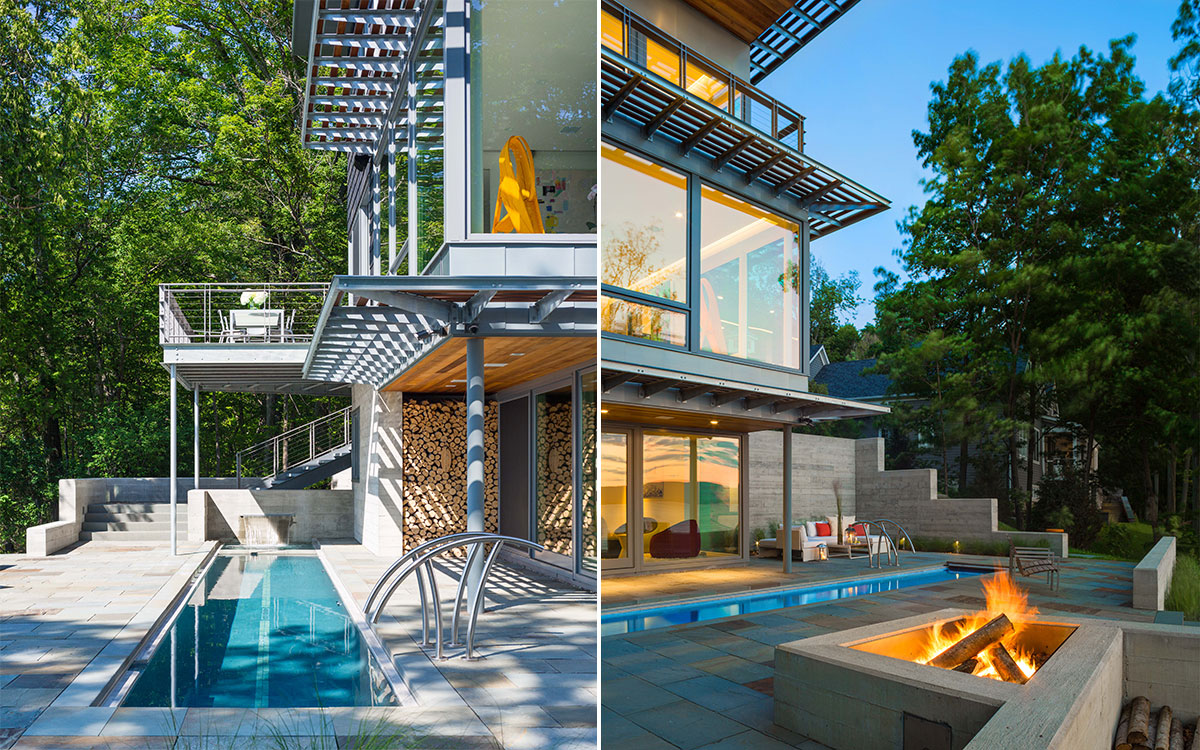 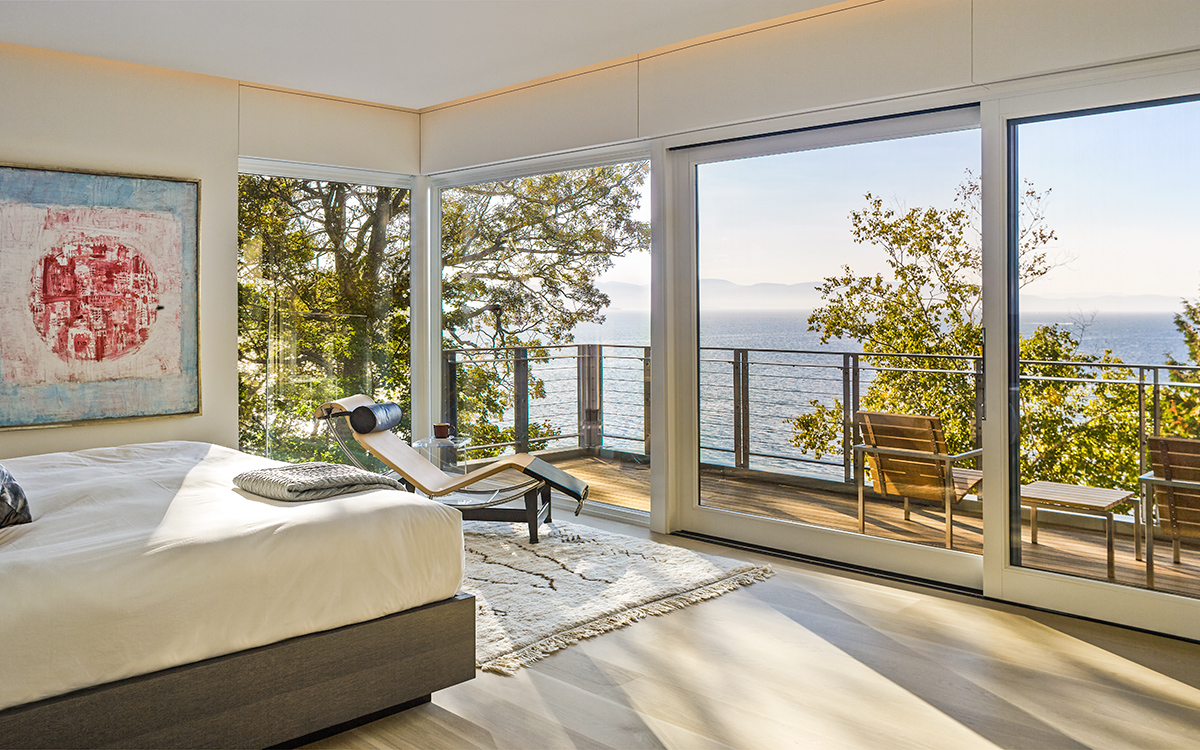 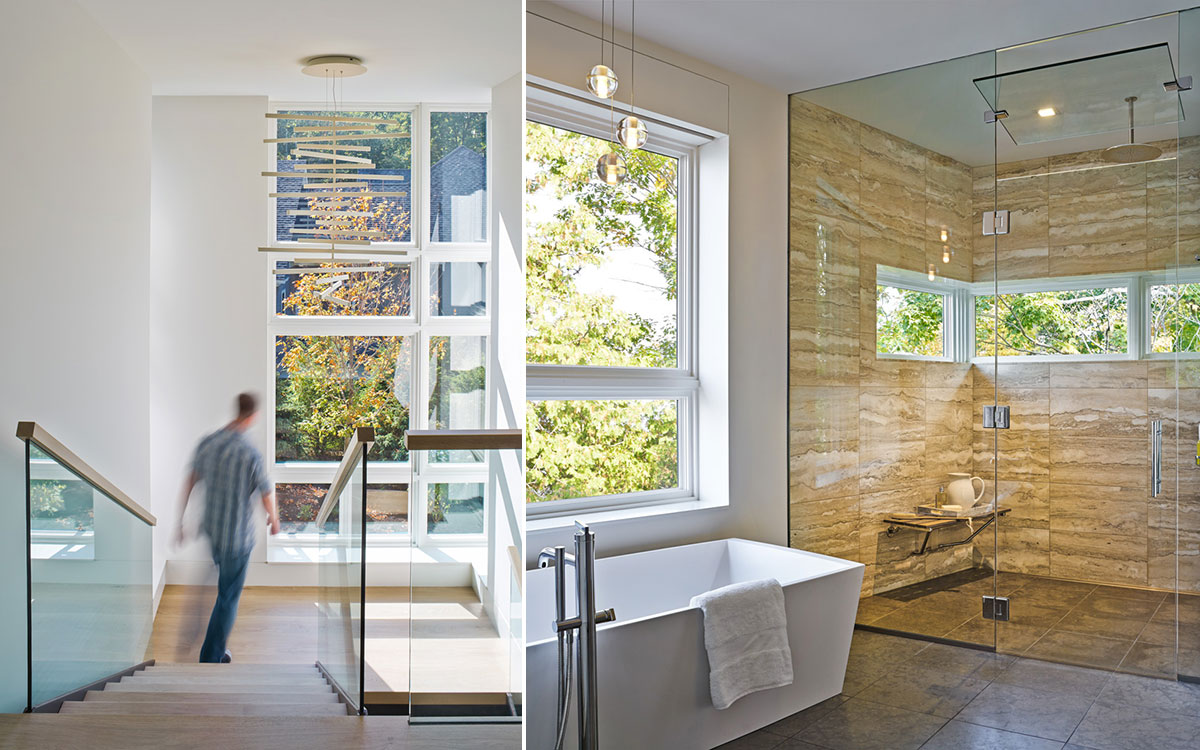 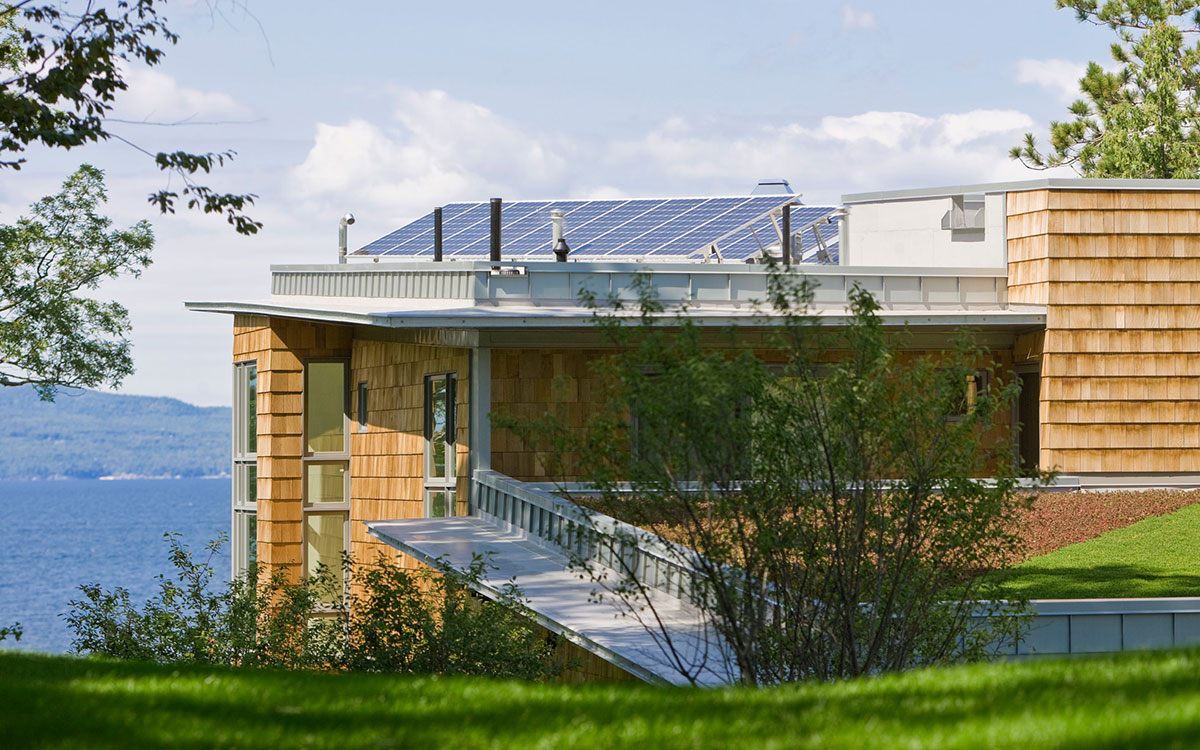 This northern Vermont residence is positioned on a slender parcel of land alongside Lake Champlain. The architecture and site design address the idea of edge and emergence.

The natural undulations of the land flow by the southeastern edge of the house, appearing almost to leap on to the adjacent rooftop in the form of a green roof garden. The presence of the water’s edge became a feature that “pulled” the structure from the earth, so as to hover on, and engage that edge. That natural tension, between the earth and the water, served to inform the physical manifestation of the design.

The notion of a structure emerging or growing from its surroundings is a central premise of the project. The counterpoint to this emergence is the full realization of the livable parts of the house by the edge of the water. Here one finds the major living spaces of the house, here the house is light and transparent, and here the house is open to sky, the distant landscape and the water.