By TruexCullins | October 5, 2011 Posted in Education 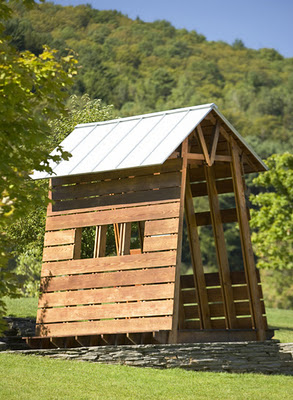 Consider this the first obituary we have had to write for the TruexCullins blog.

The gazebo on the edge of the Oakes Hall parking lot at the Vermont Law School campus was a humble, intimate structure designed for individuals to peacefully reflect and quietly ponder their place in the natural environment.  It was an expression of material, craft and assembly, executed as a simple shelter from the elements.

On the morning of August 29th, the White River raced through South Royalton, overflowing its banks from the forces of Hurricane Irene.  The town of South Royalton suffered $10 million in damages from the storm, with bridges and roads washed out and people’s homes ravaged by the rising floodwaters.  The Vermont Law School thankfully avoided major damage to their campus, but one unfortunate casualty of the storm was our little Gazebo.
The demise of the wood structure was caught on camera in this dramatic video.  The gazebo is shown here eerily floating down the river, posted to YouTube by someone obviously aware of the irony in the situation, as they titled the piece: “Symbolic Bridge to Nature returning to its natural habitat”
The Gazebo at the Vermont Law School was designed by Rolf Kielman, who also led the historic renovation and addition to the nearby Debevoise Hall.  In 2006, the VLS Gazebo was awarded the AIA VermontExcellence in Architecture Design Award for a Small Project.  The jury thought the project had “charm, pure, simple elegance” and was “very inviting”.
Luckily we had the project documented at the time by our friend Jim Westphalen.  Here are some more photos of the Gazebo that until recently lived at Vermont Law School: 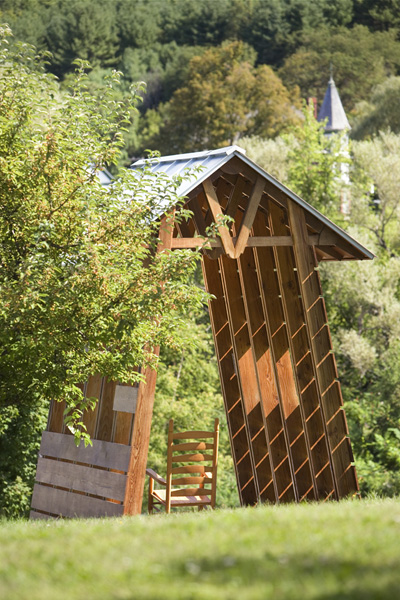 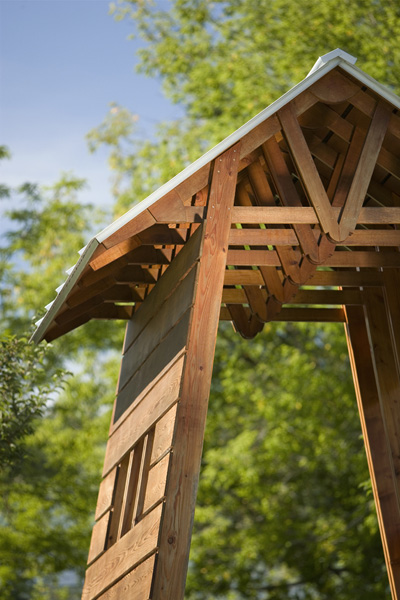 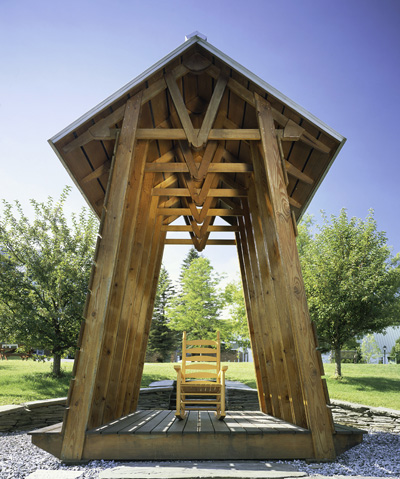