As America prepares for the visit by Pope Francis next week, we thought it would be fitting to look back at the story of Burlington’s own St. Paul’s Cathedral.  This Cathedral is home to the Episcopalians, but the building is known by all Burlingtonians as a local landmark. 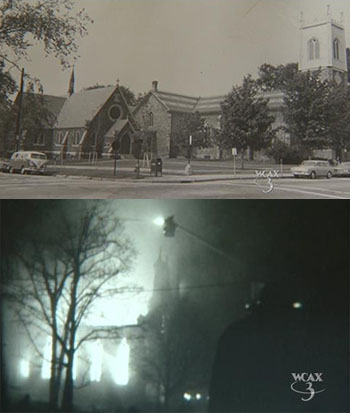 The former St. Paul’s church had served the community for 140 years, when in 1971 it was destroyed by a fire, caused by an electrical malfunction in the basement.  At the time, the city was in the midst of reshaping the entire downtown through massive urban renewal projects, and they offered the church a parcel of land at the end of Cherry Street, overlooking Lake Champlain.  The parish accepted the city’s offer and decided to build a new cathedral to replace the lost Gothic structure.

One can imagine the trauma and stress that the parishioners must have gone through to see their spiritual home burned to the ground.  As they debated their options for their future, a consensus emerged that their new cathedral should be distinctly modern, and redefine what a cathedral should look like.  They decided to shed the gothic style, but return to the medieval idea that the cathedral plays a vital and essential role in a city.

An international competition was held to find an architect for the new St. Paul’s, and the winning entry was submitted by Tom Cullins with Bill Henderson of Burlington Associates.  The building was completed in November 1973. 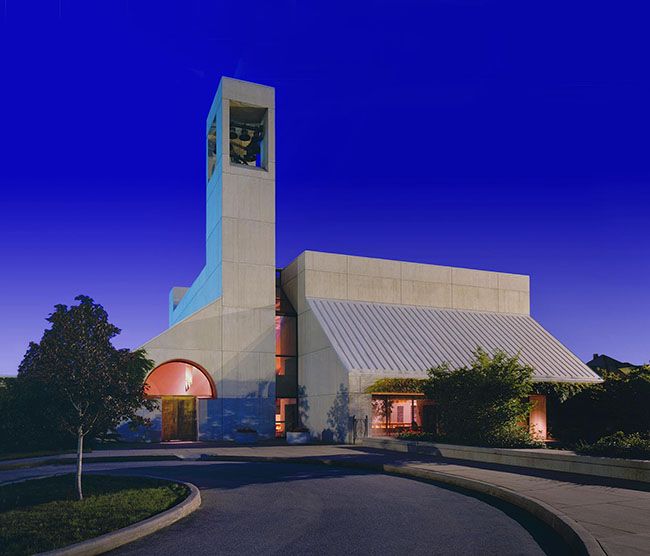 Now, more than 40 years later, the cathedral is just as innovative and distinctive as the day it was dedicated.  It sits on a bluff overlooking Lake Champlain like a spiritual lighthouse marking the edge where the city’s natural and urban landscapes meet.  The building is formed from concrete, strong and firm in its stance, but gentle and light against the blue sky.  The concrete continues to the interior where it is complemented by white oak furnishings and paneling.  The neutral interior provides a dramatic backdrop, allowing the colors of the vestments and other elements of the Episcopal service to stand out and command full attention.  And the whole space is filled with light, flooding in from skylights and large windows overlooking Lake Champlain. 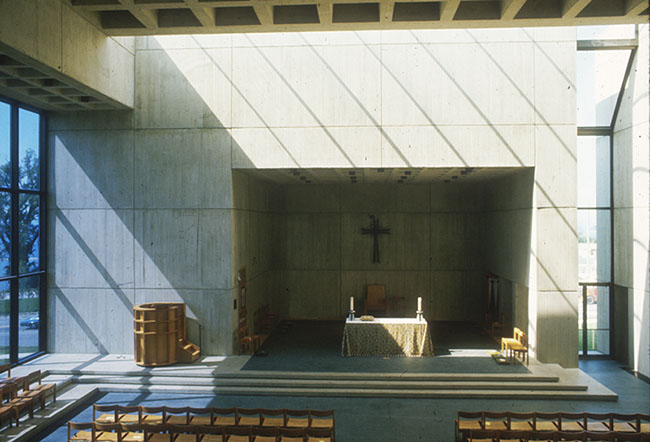 Next week, the Pope will greet throngs of followers from grand and symbolic spaces: the Capitol building in D.C., St. Patrick’s cathedral and the World Trade Center Memorial in New York, and Independence Mall in Philadelphia.  Like St. Paul’s Cathedral in Burlington, these are spaces that are filled with history, evoke emotion, and empower the people who gather and worship within.