By TruexCullins | July 1, 2011 Posted in Residential

It’s another Flashback Friday on the blog, with a look back at a project that was innovative in its time.
In 1975, Rolf Kielman and Terry Jacobs designed a series of homes that explored alternative methods of heating and cooling, aiming to reduce our dependence on foreign oil.  As we enter into this all-American holiday weekend, this project fittingly reminds us that we are still fighting for energy independence, 35 years later. 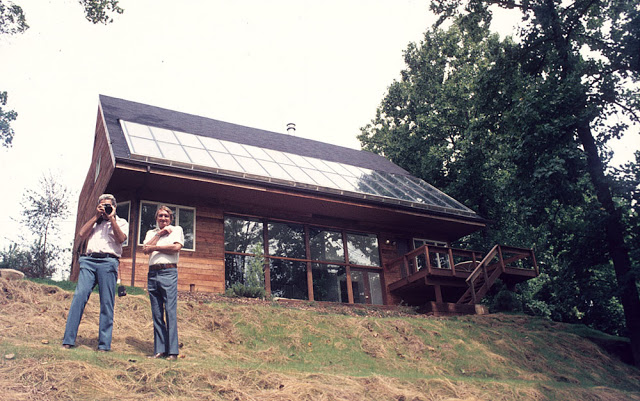 The Sunpower Homes, as they were called, were located in eastern Pennsylvania, just outside of Philadelphia.  They were speculatively built and were therefore designed to be very user-friendly for any future occupants.  The heating system did not rely on fluid collectors, which would have been more difficult to maintain for the untrained user and would have been susceptible to freezing in cold weather.  Instead, the homes utilized a more low-tech air panel system for the collection of heat which required less maintenance.
The rooftops were equipped with an 830 square foot active air panel collection system, as well as a domestic solar hot water collection system.  Air from the panels was ducted to a large rock box that filled the basement of the house.  This thermal mass retained the heat from the sun and subsequently distributed it throughout the house when it was needed.  If there was no call for heat, an exhaust system dumped the warm air to the exterior.  In the summer, the system was set up for cooling with the circulation of cool night air through the thermal mass, which drew heat out of the house during the day.
The active energy collection systems in these four homes were financed by a $19,000 grant for each house from HUD, the United States Department of Housing. 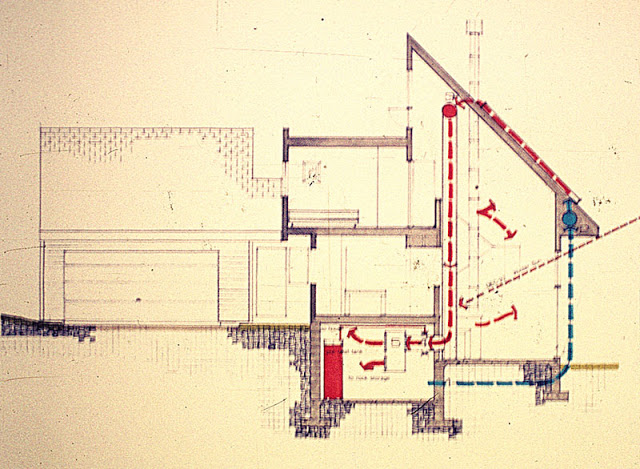 The homes also adhered to some basic principals of reduced size, improved thermal envelopes and effective siting and orientation.  All the houses were logically oriented to the south, with the major living spaces facing south and garage and service areas to the north.  Shading overhangs permitted the entry of the winter sun but blocked the warm summer sun.  The buildings had a minimal footprint and an effective building envelope insulated to a value of R-30. 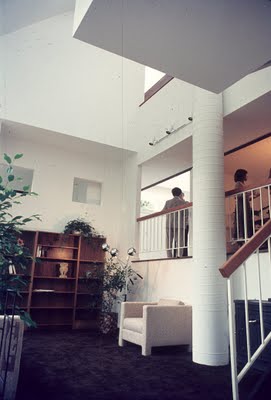 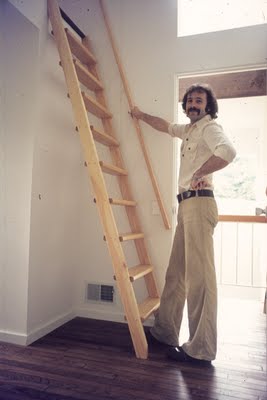 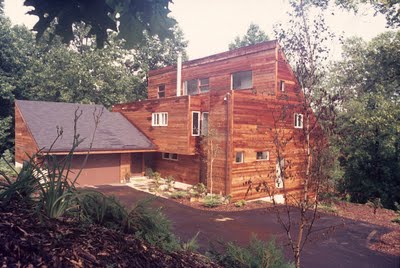 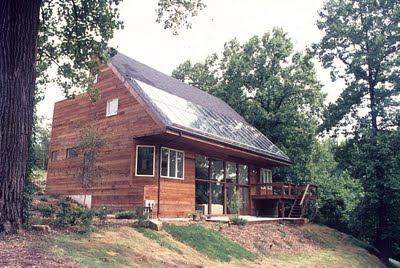