Rolf Kielman: A Celebration of His 75 Years 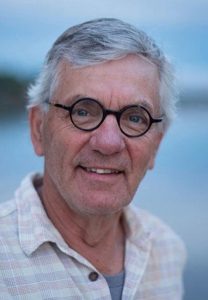 Happy birthday to our dear friend Rolf Kielman—a celebrated architect, a creative designer, an inspiring leader, a gracious mentor, and a steadfast humanitarian. Since nearly our firm’s very beginning, Rolf has been contributing to architecture, to the Burlington community, and to our greater good. In commemoration of him reaching three-quarters of a century we’d like to mark what, in 2022, means 50 years of working in this industry; doing the business, as Rolf affectionally calls it, “of making good buildings.”

For Rolf, a creator down to his core, creating good buildings comes honestly to him. “My father was an old-world trained silversmith and my mother was a weaver. I had two people very close to me who made things that were useful and who made things that were beautiful. They were also things that were honest. They wouldn’t have thought of making anything that had any kind of artificial ring to it. Making a room carefully, making a room that’s useful, making a room that’s well lit…starting with that as the premise, you’re creating spaces that really serve the need that those spaces are intended for and not some stylistic flavor of whatever month we’re in. At its root, you’re really making essential space that’s needed.”

Born in Holland, Rolf found his way to Vermont via Canada as a child. He studied in Holland and Scandinavia developing an interest in sustainable design along the way. He continues to build with utility and craft while injecting his signature into each project: a bit of whimsy.

A LOOK THROUGH THE YEARS

In the 1970s and ’80s, Rolf contributed his talents to the completion of the Church Street Marketplace alongside firm founders Bill Truex and Tom Cullins. The project was born out of the need to reverse the city’s economic decline experienced over the 1950s and ’60s, as the textile industry moved out of the area. The resulting marketplace has been described as the “gem in the crown” of the Queen City of Burlington and has been designated as one of America’s Great Public Spaces by the American Planning Association.

In 1982, the Spencer-Kielman House was made on the edge of a meadow in Hinesburg. The modest home is situated with living spaces facing south to take in the light and warmth. It’s been a wonderful house for weddings and gatherings and has seen some small changes over the years to accommodate kids and grandkids.

Rolf continued his sensitivity and understanding of place and brand in 1994 with the adaptive re-use of a former manufacturing facility into the Ben & Jerry’s corporate headquarters. With the location and the company’s values in mind, the 70,000 sf project included administrative offices, warehouse space, research and development, and a model scoop shop…and of course a touch of whimsy in the curved walkways and ice cream-inspired color palatte.

In 2002, the firm completed the Vermont Law School master plan which resulted in the Oakes Hall classroom building, a project that aligned perfectly with the school’s values of efficiency, economy, and environmental stewardship. Before standards such as LEED were formalized, this building led the charge as one of the best performing academic buildings of its type in the country. Additional pieces of this project included the renovation of the 110-year-old Debevoise Hall, the centerpiece of campus, as well as the transformation of the South Royalton Legal Clinic and total rehabilitation of the former Freck’s Department Store building into the Center for Legal Services.

Jumping ahead, the Modern Farmhouse was completed in 2010. This home honors the traditions of New England while utilizing contemporary building materials and methods that are both economical and environmentally efficient. This modern farmhouse is thoughtfully situated with three distinct parts arranged around a formal lawn, much in the manner of traditional New England homesteads.

In 2014, two major projects were completed which benefited from Rolf’s collaborative and creative approach. The King Street Center, serving 500 children and families with extensive programming, was expanded from 12,500 to 23,000 sf. Located in a developed urban block of Burlington, the campus now includes two floors of classroom space, a renovated gymnasium, a more pedestrian-friendly entrance, and a roof-top playground. The second major project of 2014, an expansion of Topnotch Resort & Spa, is perched among the trees with views of nearby Mt. Mansfield. The building echoes the landforms and maintains a balance between the natural and the manmade. And of course, Rolf added his signature whimsical touch, celebrating the local fauna with his own handcrafted birdhouses and custom lighting fixtures.

Rolf has also designed custom furniture and architectural follies over the years, such as the Ice Shanty for the Shelburne Museum. Awarded for excellence in architecture by AIA New England in 2016, the ice ark was inspired by the forms and functions of traditional ice shanties. The clever exterior plywood skin, fastened to vertical bents using red paracord, results in a regular pattern of light holes and the clear polycarbonate panels on the end bring daylight into the interior and offer protection from the biting winter winds.

In 2016, when Burlington City Arts began looking for a new home for their studios which were then scattered around the city, Rolf was pleased to begin the design of another community-minded project. He began working with a team to take the existing, pre-engineered warehouse space on Pine Street and transform it into a new home for BCA that would reach net-zero standards and be firmly rooted in the heart of the neighborhood, the South End Art District. The project continues its evolution today and is set to become an environmental model for retrofitting old warehouse space.

Three years ago, Rolf’s daughter Lily moved her family into their new home, affectionally dubbed the Lewis Creek Cottage. This modest residency is situated at the northern edge of that same meadow in Hinesburg, just slightly west of the Spencer-Kielman house, and echoes the domestic forms of rural Vermont. With views of the Green Mountains, an open floor plan, and south facing living spaces, this net-zero house with a 15-kw solar array, is truly a dynamic and contemporary expression of rural living in the 21st century.

CREATING IS A GREAT PLEASURE

Rolf is a creator capable of deep understanding. His colleagues at Roundtree Construction find Rolf to be a “creative, thoughtful, collaborative, [and] wonderful [person] to work with” and his clients find his honesty, his thoughtful appreciation of place, and his pleasure in the process to be infectious. He uses beautifully drawn sketches, original watercolors, and handmade wood models to artfully communicate throughout the process. And ultimately, with his team of partners and collaborators, he brings people-focused spaces; purposeful, graceful designs; and ultimately, beautiful buildings to life as spaces worthy of memories. 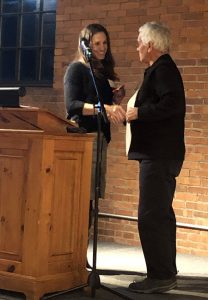 Of his architecture aesthetic, Rolf says, “it’s really, in many ways, understanding the place that just becomes critical to the things I try to make. The beauty inherently lies in the utility…that it’s something very useful, honestly made, and in the end, beautiful.”

Also known by his friends and colleagues as a humanitarian, Rolf was recently honored by AIA Vermont with the 2021 John Dale Award in recognition for his dedication to architecture and to his community. His life and his work have inspired many and exemplified how impactful one person’s choices and actions can be. The John Dale Award includes a contribution by AIAVT to an organization of the recipient’s choosing. In Rolf’s case, this is the 52 Kids Foundation, a non-profit striving to advance sustainable progress and enterprise in Kamuli, Uganda by empowering Ugandan children to reach their full potential, and ultimately, establish and sustain economic independence.

Today, Rolf is making good buildings, thriving on collaborations with others, and enjoying the infectious pleasure of realizing beautiful, efficient, and useful buildings. Happy 75th birthday Rolf, and thank you for sharing your talent, passion, and care so generously. 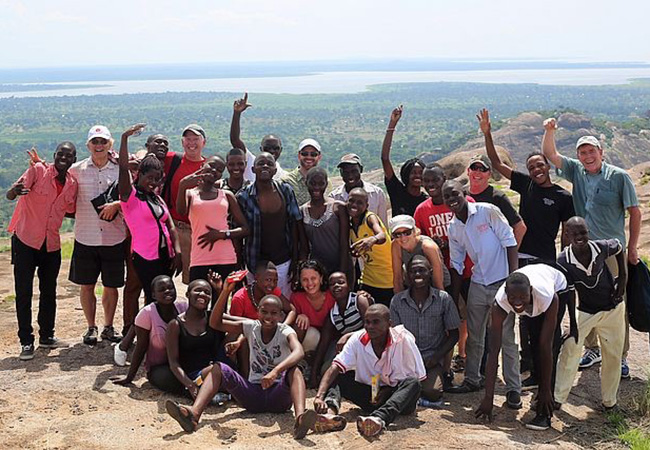