As we mark our 50th anniversary, we’re looking back on some of the early projects of TruexCullins.  Since the beginning, the firm established a clear focus on urban planning and the design of buildings that serve a public purpose.  Here’s one building you might recognize that stands out:

The original St. Paul’s Church dates back to 1831, when the town of Burlington was a mere 48 years old. The Church went through a number of expansions to accommodate a growing parish. After surviving a small fire in 1910, the neo-gothic limestone structure was completely destroyed by a second fire in 1971, caused by an electrical malfunction in the basement. 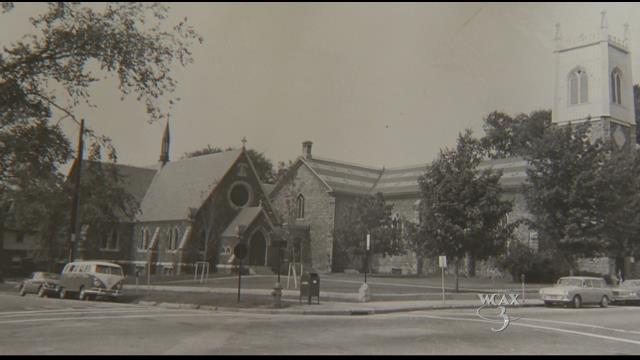 The Episcopalian community was devastated by the loss of the 140-year old Church. In the midst of reshaping the downtown core, The City of Burlington offered to swap the original parcel of land with one at the west end of Cherry Street, overlooking Lake Champlain.

During the planning process, Diocesan leadership determined that the new Cathedral should make an architectural statement, and sought to redefine what a modern Cathedral should look like.  After an hosting international design competition, leadership selected local architects Tom Cullins and Bill Henderson for the redesign.

Completed in 1973, the Cathedral is made of stressed concrete. The structure stands strong and firm, but appears gentle and light against the blue sky. 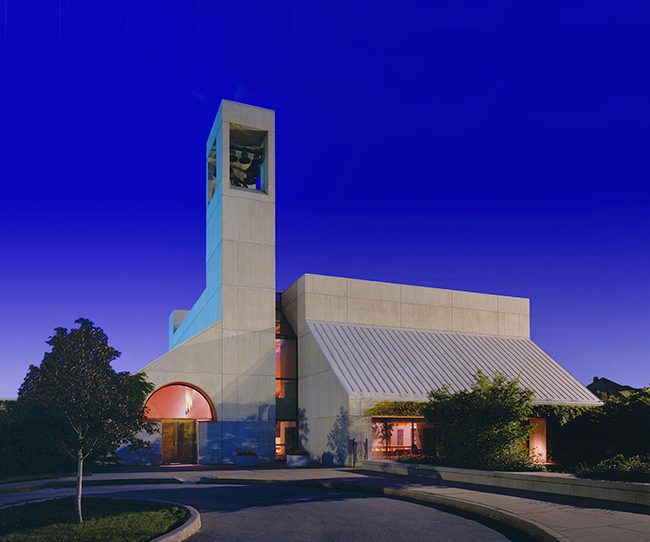 The concrete continues to the interior where it is complemented by slate flooring, and white oak furnishings and paneling. The neutral interior provides a dramatic backdrop, allowing the colorful vestments and other elements of the Episcopal service to stand out and command full attention. Skylights and vast curtain windows allow natural light to flood the interior, and offers a striking, panoramic view of Lake Champlain. 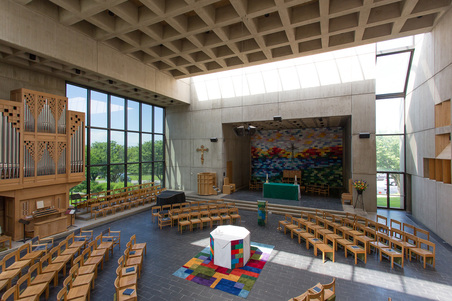