One of the most anticipated construction projects in downtown Burlington is taking shape.  The CCTA downtown Transit Center is nearing completion on St. Paul Street, with a 350-foot long covered bus platform and enclosed terminal building. When completed this fall, the new Downtown Transit Center will provide a safe and convenient hub for the thousands of commuters and riders in downtown Burlington.

As Burlingtonians know all too well, the current facility, built in 1981, is cramped, over-crowded, and congested.  The new facility will advance the city’s goal to improve the Cherry Street corridor and thereby strengthen the connection between the Church Street marketplace and the waterfront.

TruexCullins has been working with the city of Burlington and CCTA since 2011, along with the transportation planners and civil engineers at VHB who are leading the project.  We initially conducted an exhaustive site selection study, identifying over 30 potential locations for the new transit center.  The St. Paul Street location (#4 on the map below) soon rose to the top of the list due to a number of positive factors, including its proximity to Church Street and the relatively minor impact on existing urban infrastructure. 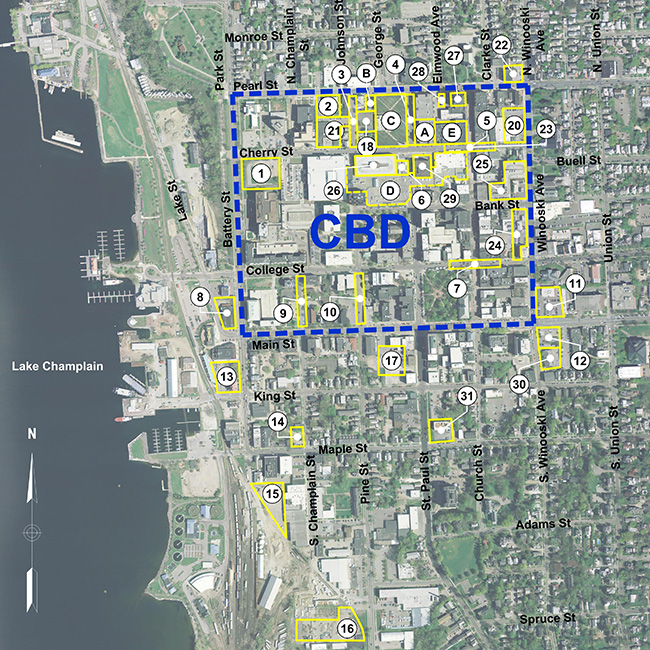 Recently, we joined the Vermont chapter of CSI – the Construction Specifications Institute – for a construction site tour of the new building.  PC Construction has been on site for the past year, completing an impressive amount of below grade utility work and excavation, and then moving on to the above ground building framing and support structure.

The steel frame for the canopy has been erected, and wood and glass panels are being installed.  The glass canopy will provide shelter for waiting passengers at 10 bus berths lining the block between Cherry and Pearl streets.  LED signs will be mounted along the central platform displaying bus arrival times and route information. 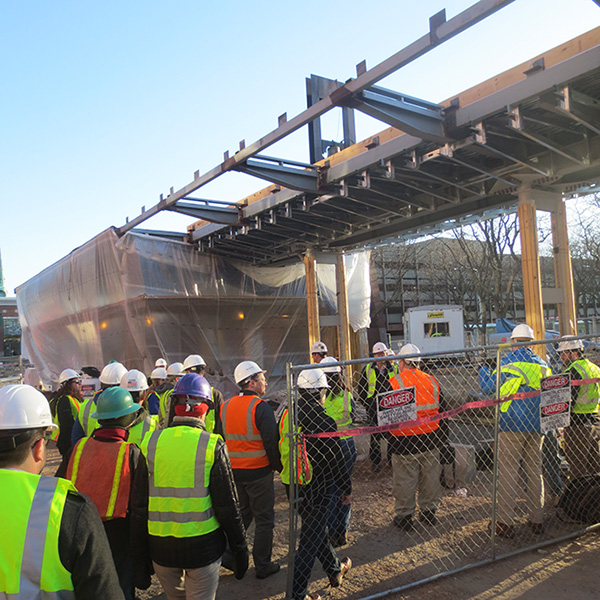 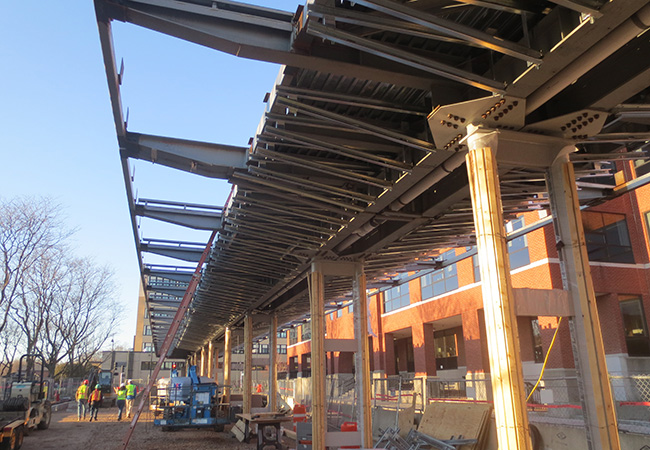 At the south end of the platform, the transit center building is now clearly visible.  The transit station building will house a ticket counter and restrooms for the general public, and support space and facilities for bus drivers on the lower level. 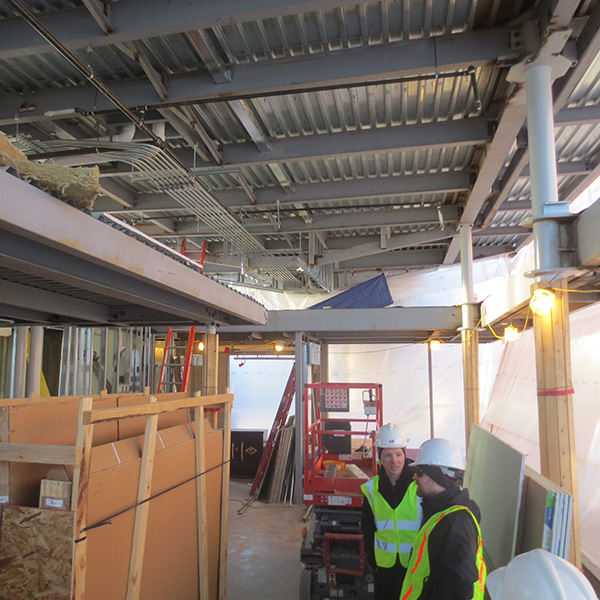 For more information and photos, visit the CCTA website.   The CCTA is maintaining a webpage with project updates, as well as an archive of floorplans, renderings, and documents from the design and planning process, dating back to 2011. 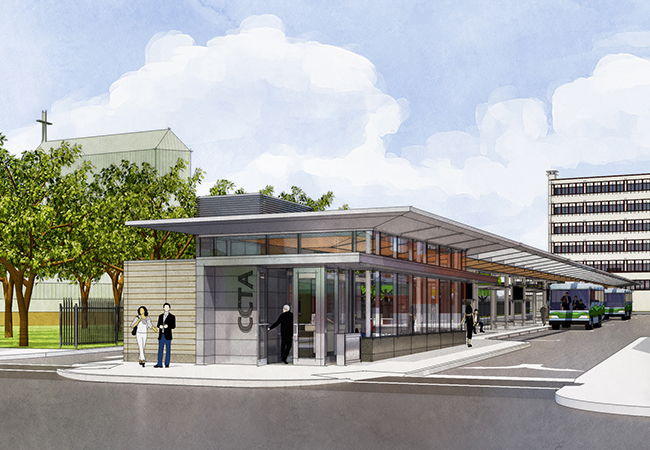 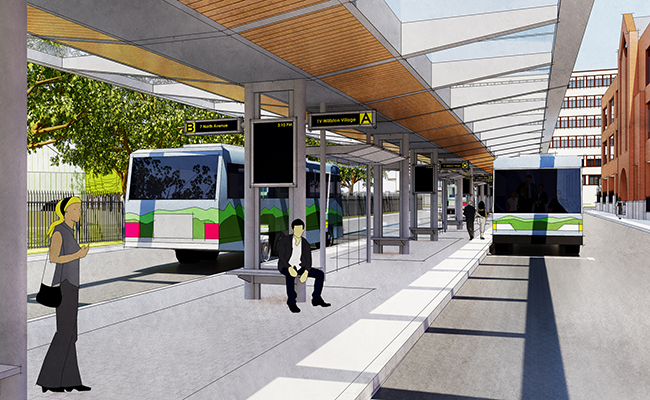