We are pleased to announce that the King Street Center has received the Burlington Business Association’s Hertzel Pasackow Architectural Excellence Award for 2016. The award is given annually to a building that significantly contributes to the physical or architectural quality of Burlington and is named in honor of Hertzel Pasackow, a founding member of the BBA and the Church Street Marketplace Commission. 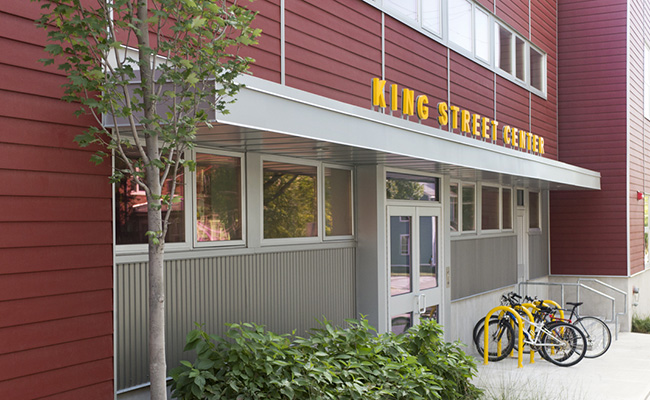 TruexCullins was honored to work with the staff at the King Street Center on this major renovation and expansion project. The King Street Center serves more than 500 children and families with pre-school and after-school programs, tutoring, mentoring, technology education, athletics, and art instruction.

The building is located in a developed, urban block consisting of variously scaled residential structures. The renovated façade eases the center’s increased program into a delicate street setting. The building exterior expresses a contemporary architectural language while echoing the long history of this historic neighborhood. Major program elements include two floors of classroom space, a renovated gymnasium, a more pedestrian-friendly entrance, a rooftop playground and a 15 kW photovoltaic solar array.

The King Street Center was previously honored with the People’s Choice Award from the Vermont Chapter of the American Institute of Architects. 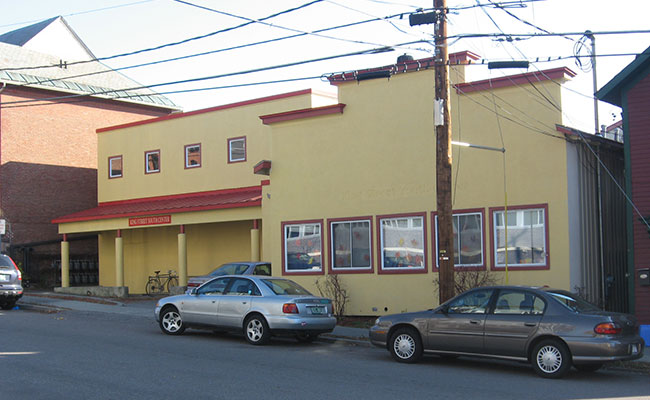 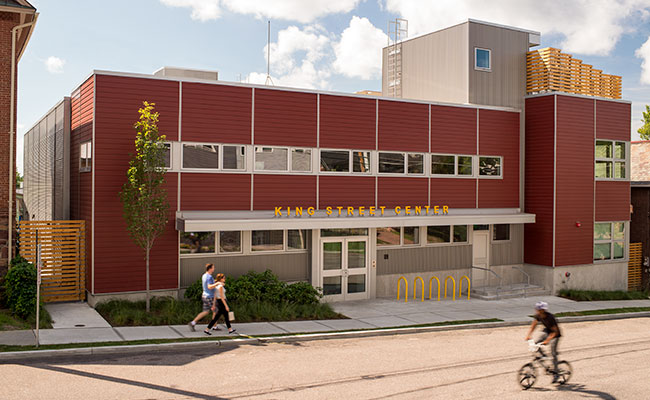