Every so often a technology product is introduced that revolutionizes our industry.  Building Information Modeling.  3D Printing.  And now: a virtual reality headset that promises to dramatically change how we share building designs with our clients.

This is the technology we will be watching in 2014!  The Oculus Rift is a virtual reality headset that was just named one of TIME Magazine’s Top 10 Gadgets of 2013, taking the #3 spot (just behind the new iPads and Google Chromecast).

Recently we had the chance to try out the hardware for ourselves, when our office was visited by Shane Scranton of Lightwell, a new digital modeling, rendering and web design studio that burst onto the Vermont design scene this year.  Shane stopped by with one of the $300 Oculus Rift developer kits, a prototype for the consumer version that is expected to be released in late 2014 or 2015.  We also learned that Lightwell is working on an interface to use the virtual reality headset with SketchUp, which would be a boon for architecture firms like ours that are now modeling building designs in 3D space. 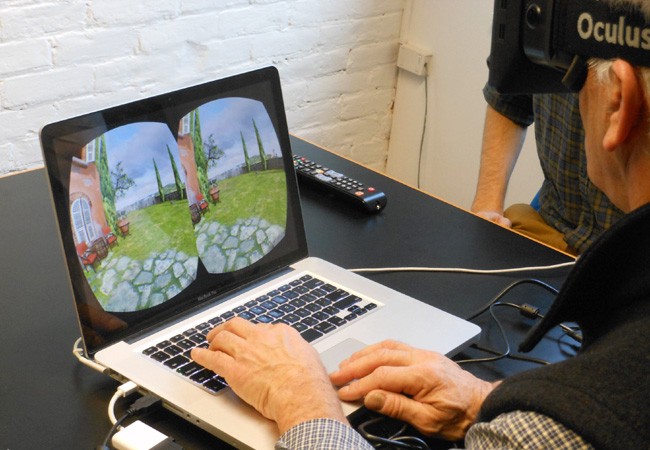 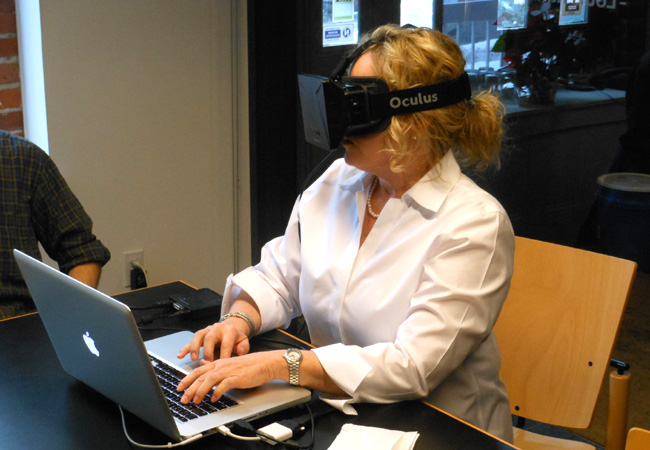 Yes, the goggles are a bit goofy looking, but I imagine they will become more streamlined as development continues.  Once you strap them on, you are immersed in a digital 3D world.  The headset tracks your movements, so as you move your head, you can look around to explore every corner of the digital model as you would in real life.

The development of this new VR product is being driven by the gaming industry – that’s where all the money is.  Oculus VR, the startup company that is producing the hardware, has raised $91 million so far, with $2.4 million coming in from their Kickstarter campaign alone.

We’re definitely going to be watching how this develops.  And some day, you may be able to walk thru a TruexCullins project before it even gets off the drawing board.