Tomorrow night we will be gathering for the next film in the Architecture + Design film series: Unfinished Spaces.  This has proved to be a very successful ongoing community event and we’re looking forward to tomorrow night’s film.  Here’s a synopsis: 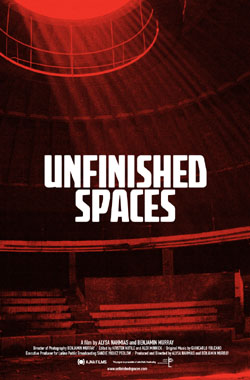 Directed by Alysa Nahmias, 2011
USA, 86 minutes
In 1961, three young, visionary architects were commissioned by Fidel Castro and Che Guevara to create Cuba’s National Art Schools on the grounds of a former golf course in Havana, Cuba. Dancers, musicians and artists from all over the country reveled in the beauty of the schools, but as the dream of the Revolution quickly became a reality, construction was abruptly halted and the architects and their designs were deemed irrelevant in the prevailing political climate. Forty years later the schools are in use, but remain unfinished and decaying. Castro has invited the exiled architects back to finish their unrealized dream.

We have been enjoying these films throughout the fall, so by this time, you know the drill:  Doors open at 6pm on the second floor of the BCA Center on Church Street for free food and a cash bar, followed by the film showing at 6:30.  Stick around for a moderated discussion with your fellow design-minded community members following the show.

The Architecture + Design Film Series is presented by Burlington City Arts, in affiliation with the Vermont International Film Festival.

For more info about this series, and to join in an online discussion about any of the films, visit ADfilmseries.org