Celebrating the work of Rolf Kielman

In the early 1970s, Rolf Kielman joined fellow classmate Terry Jacobs and designed a series of cutting-edge houses that utilized an air panel system for the collection of warm air and a rock box for thermal storage. The Sunpower homes, as they were called, adhered to the design principals of reduced size, improved thermal envelopes and effective siting and orientation. Four of these were built around Bryn Mawr, Pennsylvania. 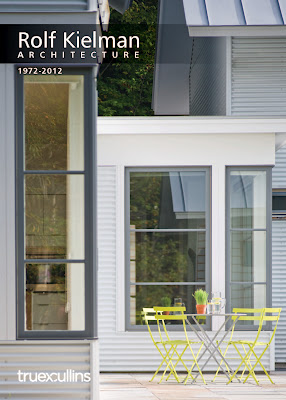 It is now 40 years later, and Rolf’s portfolio of projects has steadily grown to include numerous energy-positive homes, hotels and resorts that are naturally wedded to their environment, and cultural and civic buildings that galvanize communities. His work includes creatively branded workspaces, custom designed furniture and architectural follies. His urban planning projects are instantly recognizable as some of our most notable public spaces.

Please join us on Friday September 21st to celebrate this 40 year span of impressive work by Rolf Kielman. We are hosting a reception from 5 to 8pm with an exhibit of his architecture in our office on Battery Street.

If you stopped by last week during the Art Hop, you were able to catch a sneak preview of the show. Throughout the exhibit, the thoughtful and artful communication of each design is clearly evident, from beautifully drawn sketches and original watercolors to handmade wood models, including some specifically commissioned for this event.

While we may marvel at his craft, anyone who knows Rolf can attest that his “living legacy” reaches beyond just the architectural work he produces. Much of his energy today directly touches people’s lives through his work with local community organizations such as the Committee on Temporary Shelter, the King Street Youth Center, the 52 Kids Foundation, the Howard Center, and many more.

Rolf continues to be a creative designer, inspiring leader and gracious mentor for all of us at TruexCullins. And next Friday we do hope you’ll join us to recognize his talents and celebrate his 40 years (and counting!) of architecture and craft.