As a dedicated reader of the TruexCullins Blog, you must know we are big fans of the Solar Decathlon, the biennial competition sponsored by the U.S. Department of Energy that pits 20 collegiate teams against each other to design and build a fully self-sufficient solar powered home.  After all, we wrote about the event here, here, here, here, and, oh… here.

Last year was the fifth Solar Decathlon competition since its inaugural run in 2002.  And last year a Vermont school was admitted for the first time: Middlebury College, a small liberal arts school that has no professional architecture program to speak of.  In fact, since the Solar Decathlon began 10 years ago, Middlebury was the first liberal arts college to ever enter alone, without teaming up with a larger architecture or engineering University program.  Despite this underdog status, Middlebury managed to come in an impressive fourth place overall. And of the 10 competitions, they scored first in 3 of them: Market Appeal; Communications; and Home Entertainment (which was partially based on a dinner party featuring a home-cooked Vermont meal).

The plans are being drawn up now for the next Solar Decathlon, being held October 3-13, 2013.  For the first time, the event is moving away from the National Mall and heading west, where it will make a new home in California, at the Orange County Great Park in Irvine, just south of Los Angeles.

The 20 student teams chosen to participate have just been announced, and we are happy to see that two Vermont schools will be competing this time.  Middlebury College will be returning to build on their successes from last year, and they will be joined by Norwich University. Norwich has a bachelor’s and Master’s program in Architecture, and we know they have been planning for the Solar Decathlon for a while now.

It will be exciting to see Vermont so well represented in the field of renewables on this national stage, and we wish the best of luck to both schools! 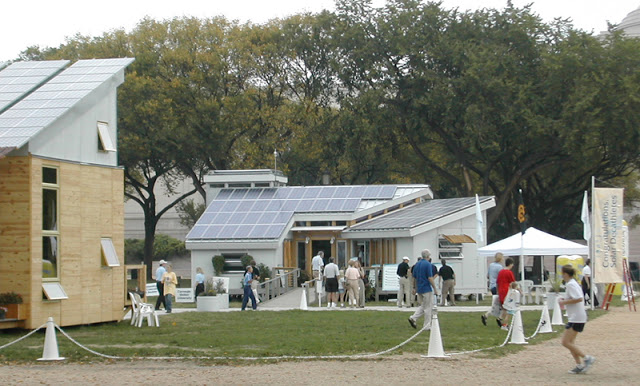