Diantha Korzun, an architect here at TruexCullins, has recently accepted the position of President of the Vermont Chapter of the American Institute of Architects. 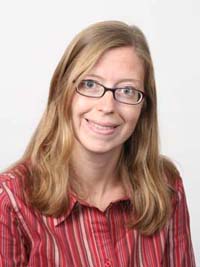 Diantha will serve as President of the Vermont AIA for a one-year term, sitting alongside her colleagues on the Board of Directors. These are all volunteer positions, and we very much appreciate the time they all give to support the architectural profession in our state!

Diantha is a key member of the TruexCullins Education Studio with a strong focus on sustainable design. She has successfully managed many educational projects throughout her career, including several international school projects with TruexCullins. She has expertise with the LEED Green Building Rating System, and has served as coordinator for the certification process on workplace and education projects. Diantha is currently managing the expansion of the King Arthur Flour campus in Norwich, and the addition to the Anglo American School of Sofia in Bulgaria, which is pursuing LEED Silver certification.

The biggest event for AIA Vermont this year will be the AIA New England conference and design awards, to be held October 17-19 at the Hilton Hotel in Burlington. This annual conference rotates among the six New England states (7 AIA components since Boston and Western Mass are separate), and 2012 is the year that it will be coming to Vermont. The conference will feature educational workshops, guest speakers, and some insightful tours of area architectural gems. The theme for this year’s AIANE conference is “Design for Place,” a place-oriented design response to the site, climate, culture and program. The keynote speaker will be Patricia Patkau of Patkau Architects in Vancouver, British Columbia. (see www.patkau.ca/). Likewise, the jury for the AIA New England design awards will be comprised of Vancouver architects, led by Patricia Patkau.

Check back here for more info about the AIANE conference as it gets closer to the date. In the meantime, it looks like it will be an exciting year for AIA Vermont, and we send our congratulations (and appreciation!) to Diantha for stepping up to serve!