Curling for a Cause

This weekend, March 19 and 20, we will be cheering on Rolf Kielman as he competes in the second annual Curling Challenge at Cairns Arena.  TruexCullins is proud to be a sponsor of this event, which benefits the HowardCenter, a human services agency here in Chittenden County. 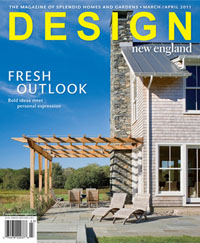 The story of this weekend’s competition is featured on the back page of the March/April issue of Design New England magazine.  Rolf is profiled in his dual role as the chairman of the event and fierce competitor. Pick up a copy or follow the link below to read more about it:
CURLING FOR A CAUSE •  IT STANDS TO REASON THAT IF YOU LIVE IN Vermont, have a heart of gold, and love to play hockey, those elements will come together for a good cause — on ice. On March 19 and 20, that’s precisely where architect Rolf Kielman will be. But the principal of TruexCullins, an award-winning architecture and design firm in Burlington, won’t be skating; he’ll be curling. [read more]