Rolf Kielman Steps in for Bill Truex at the BBA Summit 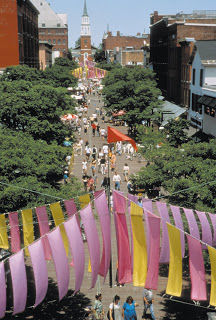 From the Burlington Free Press Business Monday
January 11, 2010
Burlington Business Association meets
Ideas abound to build on successes at BBA gathering
By Joel Banner Baird, Free Press Staff Writer
Coffee alone could not explain the early morning buzz.
Lofty visions and heartfelt missions animated dozens of entrepreneurs who gathered Thursday at Champlain College for the Burlington Business Association’s annual summit.
The takeaway?
The Queen City has gone gung-ho long enough on the charms of Church Street and the Waterfront; the business community needs to charge forth into an ambitious and marketable future.
But delight — as well as the devil — is in the details, they agreed.  A glance at the city’s not-so-distant past showed why.
Read more… https://www.burlingtonfreepress.com/article/20100111/NEWS01/100110011/Burlington-Business-Association-meets